According to Jay Walker Smith, in the 1970s we were exposed to roughly 500 advertisements each day. In the new millennium, he believes we see as many as 5,000 ads per day. So, it shouldn’t be a surprise that we feel like our world is overflowing with pitches for better insurance, healthier foods, products, and various other services that constantly promise us a better life.

It’s amazing that in all of this clutter that an advertisement can sometimes also be a work of art—something that captures a special moment or feeling in a way that uplifts our senses and inspires us. We think you’ll agree that Procter & Gamble’s new “Better for Baby” campaign for their Pampers brand meets this criteria.

Advertising agency Saatchi & Saatchi adapted the classic lullaby “Hush, Little Baby” to tell the story of how the arrival of a baby really does change everything. Parents, families, and communities hold a special respect and care for children. We’re patient, compassionate, and willing to adapt or change habits for the sake of a child. The lyrics to the improvised lullaby in the “Better for Baby” commercial touch on all of these points and are mixed with heartwarming visuals as each verse is sung.

And to help give mom a lift
Dada’s gonna take the late night shift.

And although it isn’t fair
your sister’s gonna have to learn to share.

And before he’s at your door
your uncle swears he won’t smoke anymore.

And ’cause stories will help you sleep soon
your grandma will learn to read.

And to keep the harm away
the doctor’s gonna work hard night and day.

And when in your line of sight
enemies will choose to end the fight.

And though he’s got no time to spare
the stranger’s gonna help you climb each stair.

And in case you’re feeling down today
the businessman will be your clown.

Drivers will slow down for you
pets are gonna be extra careful, too.

Guards will try to make you laugh
workers will pause on your behalf.

And though it seems it’s almost done
this lullaby for you has just begun.

Hush, hush now, you know it’s true
there is nothing we wouldn’t do.

You can download an audio version of this lullaby on SoundCloud. 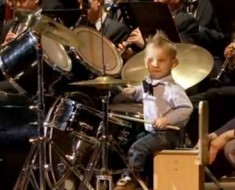 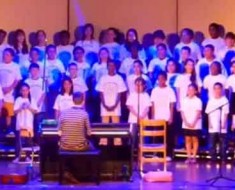 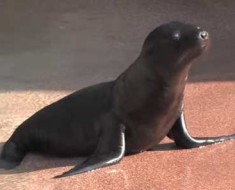 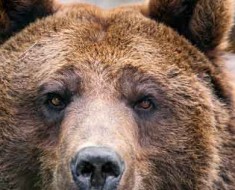 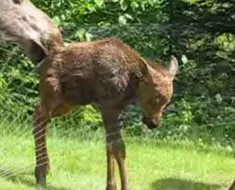 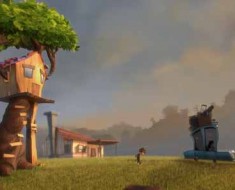