So, drone videos really became a huge thing in the mid-2010s. The technology behind unmanned aerial vehicles (aka UAVs) became simpler and more affordable, and ultimately every avid videographer with $1,000+ US burning a hole in their pocket could order one online and begin to publish their own flood of aerial videos to YouTube.

The team behind the Epic Drone Videos YouTube channel are helping to cut through all of that noise by scouring the entire web for the most amazing, breathtaking drone videos ever created. With permission of individual videographers, the Epic Drone team then creates remarkable compilations of drone-generated-goodness set to really good music composed by popular and independent recording artists.

We think you’ll find their approach to sharing the many beautiful, cinematic views captured around the globe to be a visual treat. Who knows, maybe one of these videos will even inspire you to plan your next tropical vacation (you’ll be in good company, because that’s what’s on our to-do list now too!). 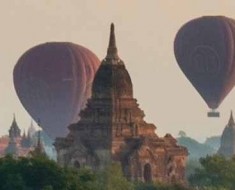