The lovable, safety-conscious Smokey the Bear recently celebrated his 70th birthday and we suppose that no one should be surprised by what was at the top of his birthday gift wish list: for everyone to continue helping to prevent forest fires. 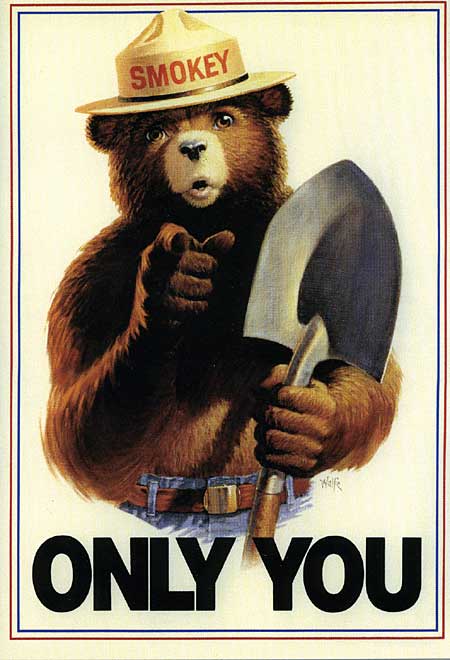 The character Smokey Bear (aka Smokey the Bear) was created in 1944 by Harold Rosenberg, a professional art critic who worked as a volunteer with the Advertising Council. The goal of the character and campaign was to establish and maintain awareness about wildfire prevention. Statistics of the period showed that nine out of ten fires were caused by people and were therefore preventable.

The campaign was amazingly successful. The Ad Council reports that 95% of adults and 77% of children recognize Smokey and his message about preventing forest fires.

The character has evolved over the years, starting as a hand drawn illustration, appeared in radio programs, later becoming part of a comic strip, was featured in animated cartoons, and most recently as a 3D animation.

The Smokey the Bear character is administered by the U.S. Forest Service, the National Association of State Foresters, and the Ad Council. The character was removed from the public domain in 1952 by Congress through the Smokey Bear Act after Smokey began to attract commercial interest through appearances, merchandise, children’s books, and more.

To learn more about Smokey the Bear, and how “only you can prevent wildfires,” visit smokeybear.com.